We've all heard of fashion shows or catwalks at least once. But maybe a limited number of us know what a fashion show is? What is a book? What does runway mean and what is the difference between New York, Paris, and London and Milan fashion weeks?

What is a fashion show?

What is a fashion show? One of the most important festivals in the fashion industry is fashion shows that are held at regular intervals. In these live shows, fashion designers come together to introduce their latest designs.

Famous fashion shows in the fashion industry are usually the most influential; To the extent that even the approach of smaller brands and the creation of trends originates from them. That is why the world's most prestigious fashion shows are followed very carefully by the audience of this industry. It is also good to know that performing live fashion also contributes a lot to the economics of the garment industry.

What is a Catwalk?

Kat Walk, which literally means "snarling like a cat," actually means mannequins walking on stage. In this work, the models go to the end of the display platform and return the path with one rotation. Catwalk may be held indoors, in a community hall, or outdoors, such as on a beach or in a forest. The main purpose of books is to use models to showcase the clothes and accessories of specific brands.

Read More: Why Do Some Golds Leave A Green Mark On The Skin?

The reason this walk is called a cat walk is because the models walk on the podium exactly like a cat walking in a line.

It is also good to know that the platform on which the models sit is usually between two or more rows of seats. These chairs are also for those who have been invited to the catwalk by the company or brand. Basically, the first ranks are considered for celebrities such as celebrities who have been present in catwalk after receiving large sums of money from the brand. 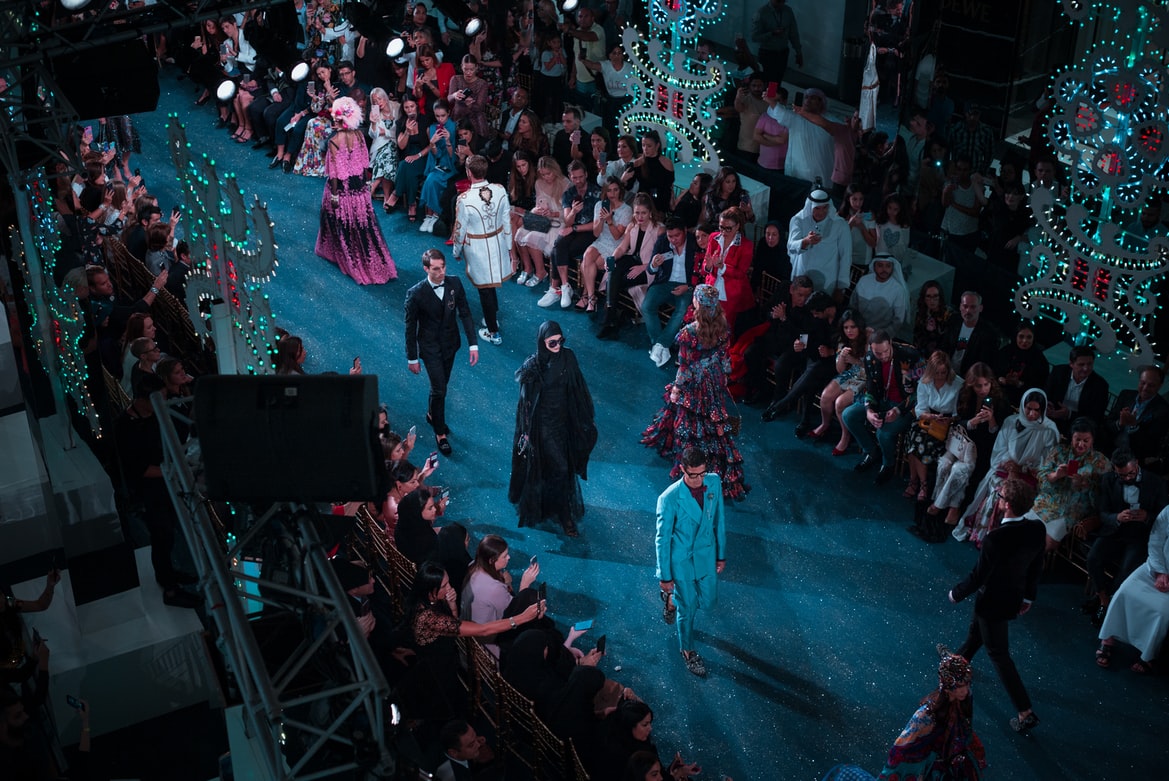 What is a Runway?

The English word Runway literally means "runway" or "corridor". But in the fashion world, the stage and platform on which models walk is called Runway or Ramp. Of course, in the world of fashion in general, Catwalk and Runway are both used in the same sense; That is, the models walk on stage or on the stage to show the clothes, jewelry, shoes and clothing they are wearing to the spectators on stage.

What does August Couture mean?

One of the common terms of fashion shows is haute couture. August couture is a French phrase meaning "high-level sewing or high-end fashion."

In the fashion and clothing industry, this term is used to introduce clothes with custom and exclusive stitching. These types of clothes are usually sewn for a customer and according to his size. To sew this type of clothes, special and very expensive fabrics are used (according to the customer's taste). Another feature of August couture’s is that all the sewing steps are done by skilled tailors. It is interesting to know that these clothes do not have a price tag! Of course, for buyers of this type of clothing, the price does not make sense!

When did the fashion show flourish in the world?

The history of fashion shows seriously dates back to the nineteenth century. Around the 1910s, the use of fashion flourished and the design and sale of a variety of clothing became very common. But the promotion of fashion first started in Paris, and it was during this period that the first women's clothing show was held.

The 1920s are the golden age of French fashion. During the period between the two world wars, many changes were made in the clothing of men and women. Almost everyone in the community dressed like young people. In the 1930s, most designers focused on women's clothing. This variety in fashion made women look for a way to lose weight so that they could wear fashionable clothes.

In the 1940s, fashion and clothing design also spread to New York and Germany. In 1960, Italy became the center of fashion. During this period, clothes were designed that resembled girls' clothes for children. In the last two decades of the nineteenth century, fashion reached its peak. During these years, fashionable clothes were prepared within a month and sent to the whole world. Interestingly, in these two decades, many fashion shows were performed. 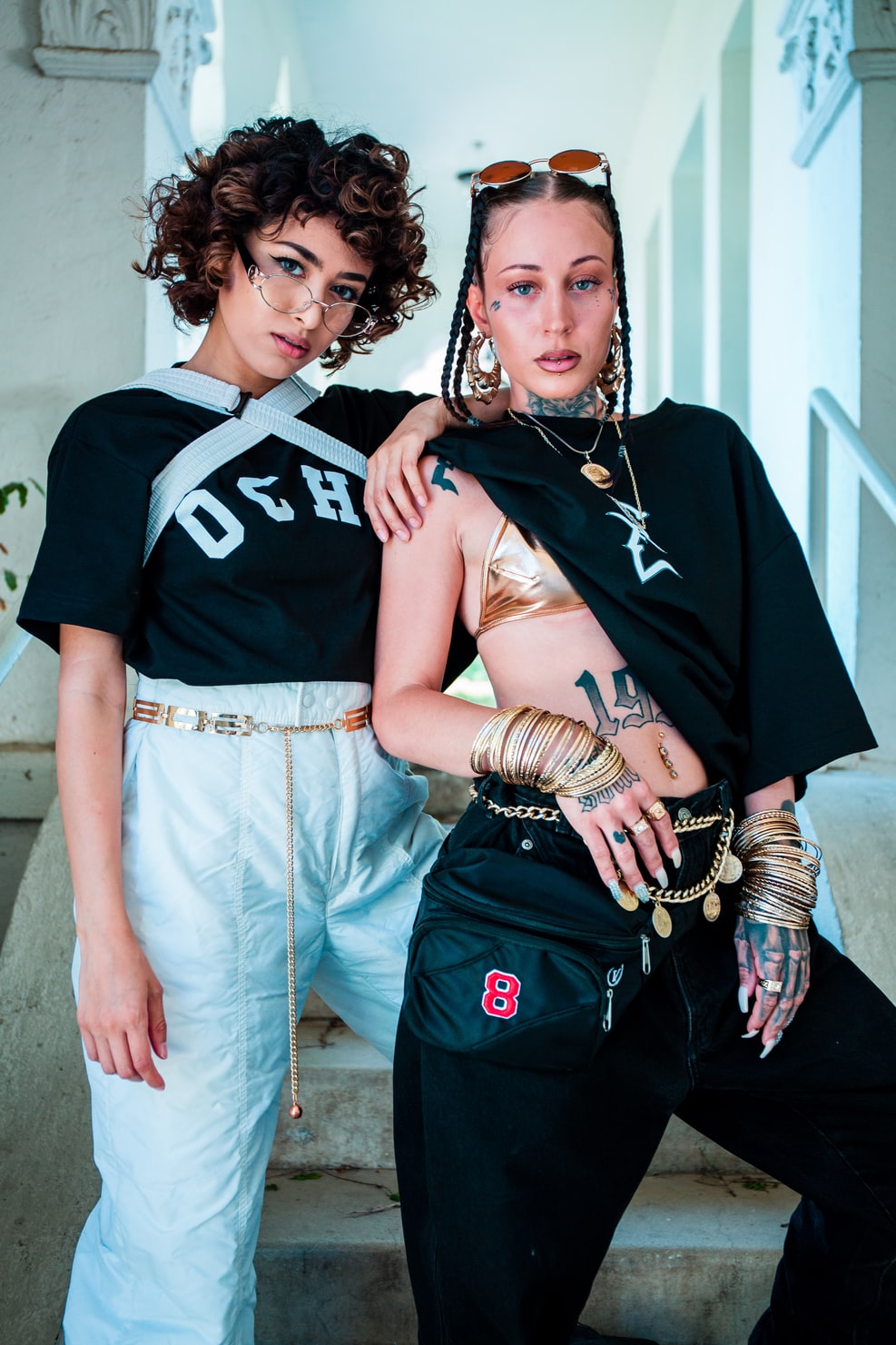 What does Fashion Week mean?

We said that most countries have an event called a fashion show, during which they show their fashion industry and show designers and brand owners their creations and innovations in clothes or accessories to others. These fashion shows are usually held during a week and that is why they are also called "fashion week". For example, the French fashion show is known as Paris Fashion Week.

The event is attended by virtually all actors in the fashion industry, such as manufacturers, designers, traders and consumers; and the world's leading fashion houses showcase their latest collections to buyers and the media.

There are other fashion weeks with specific genres that are usually displayed in specific locations. For example, Auto couture shows take place in January and July only in Paris. Or, for example, Islamic Fashion Week is held in Indonesia (Muslim Fashion).

What are the biggest and most famous fashion shows in the world?

During these fashion weeks, you can see the most famous brands of clothes, jewelry, bags and shoes. After Paris and New York Fashion Week, Milan Fashion Week and London Fashion Week are also very important in the fashion industry. So that these four weeks together form four big events in the world of fashion, so-called Big Four. You should know that fashion weeks start in New York and then London, respectively, and then reach Milan and end in Paris.

London Fashion Week is another global fashion show that is held twice a year in February and September in London, England. The event is sponsored by many large companies and corporations. Among these companies are the German company Mercedes-Benz and the international company Tony and Guy, which is one of the largest hair design centers in the world. London Fashion Week is such that after the clothes are displayed in this fashion show, people can immediately go to this center and place their order to order or buy the clothes they want. 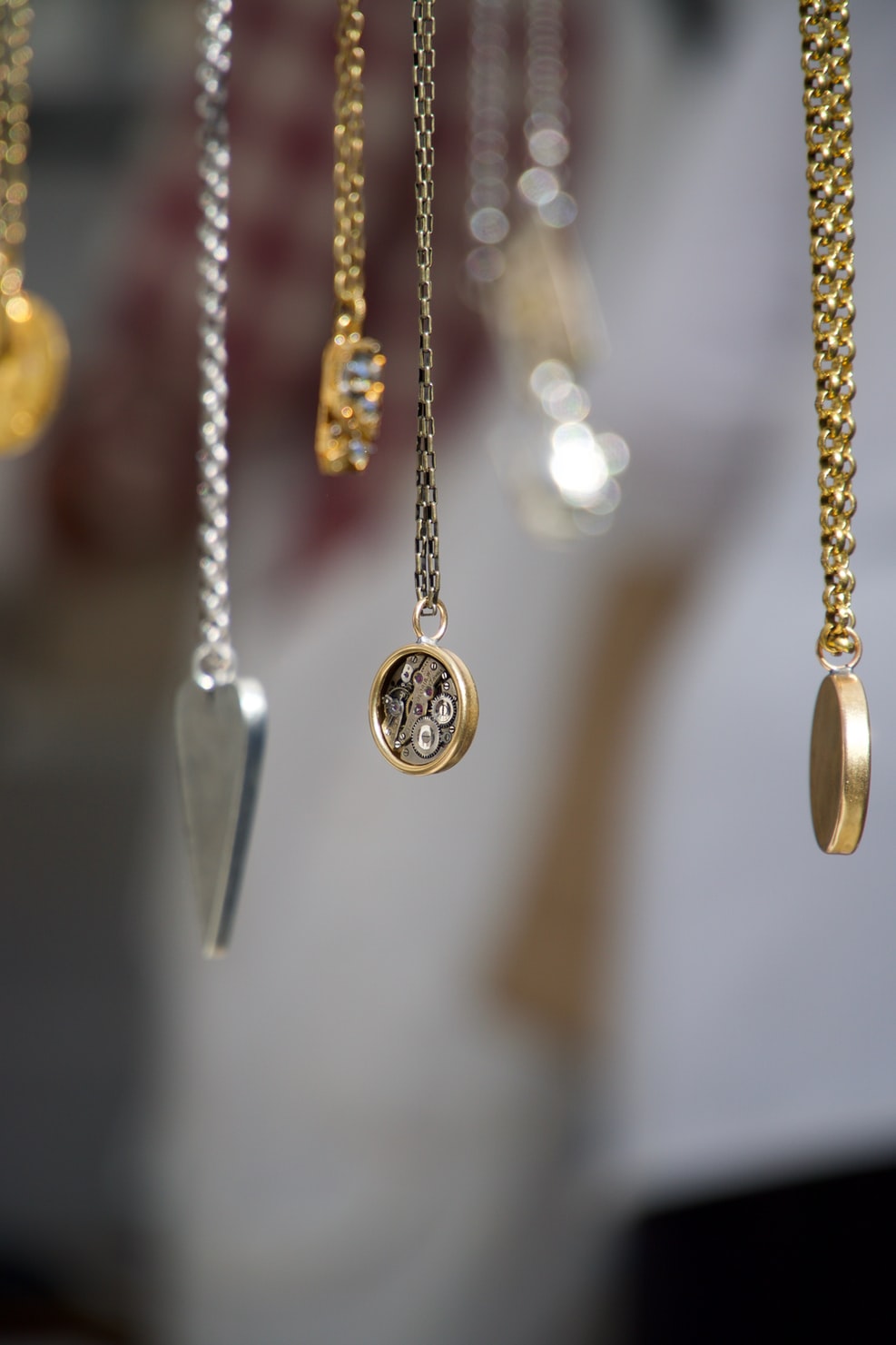 Paris Fashion Week, one of the Big 4 World Fashion Weeks, hosts the spring / summer and fall / winter events twice a year in Paris, France. The French Fashion Federation determines the date of these events. Paris Fashion Week is held in different parts of the city.

Interesting information about fashion shows that is good to know

The first interesting point is that not all designers can afford to pay for a dedicated fashion show, so they usually limit themselves to a limited time fashion week.

Fashion was an art before it was an industry. Therefore, costume designers try to express their inner feelings by designing special clothes and being very creative. This is why fashion shows sometimes look weird and uncluttered. For example, in the fall / winter 2017 collection, designer Ray Kawakobo displayed a costume in the shape of a statue of Venus Milo (the same as Aphrodite Milo), which was very strange. But her designer used the dress as a tribute to show the futility of modern society's expectations of women's bodies. For this reason, he put the model inside a dress in which he could not move freely.

Participation in fashion weeks is paid for by sponsors or fashion houses or costume designers or fashion week invitees. If the brand is not famous, it has to pay thousands of dollars to attend the event. Of course, hiring a model and hairdresser and accommodation costs are also the responsibility of the brand owner.

How is the trend of gold and jewelry in the fashion show determined?

Before answering the above question, you should know that fashion design is actually the art of using design and aesthetics to create clothing and jewelry. Fashion design is generally influenced by different social attitudes, cultures and societies and therefore has a high diversity.

How is the trend of gold and jewelry in fashion shows determined?

Fashion designers use different methods to design jewelry. Their main goal is to design beautiful gold and jewelry that will appeal to the community. Because designing and presenting new jewelry that is popular is not an easy task, and professionals in the profession must also be able to accurately predict the time of change in consumer tastes.

Gold and jewelry trends in fashion shows can also be influenced by the season. For example, for spring collections, colored stones or floral designs are often used.

But in general, Trend has its own special designs every year. For example, in 2020 we saw gold and pearl jewelry, very large chains and single earrings. In 2021, we will see the use of multiple rings in one finger, cocktail rings, which are usually larger than normal rings, short necklaces, large jewelry and very large chains.

In this office in detail about what is a fashion show? What is a walk coat? We explained what runway means and how the New York, Paris, London and Milan fashion weeks are different and when they are held. Finally, we dealt with the category of jewelry trends in fashion shows.